What You Should Do Right Now 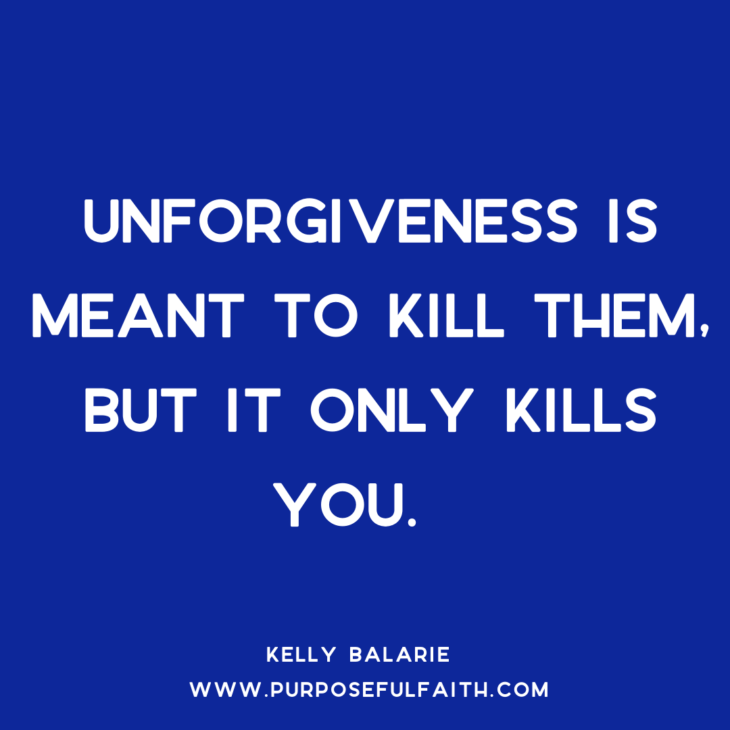 From the second I went on the airplane, I was sure that God was up to something. What? Only time would tell. . .

Squeezing in between a woman and her aisle seat, I sat down in the middle row, next to a man with glasses, who was eager to talk.

“I write books. Christian books.” I said. Then, I inquired, “How is your relationship with God?”

He explained that it had hit some hiccups since his wife “did what she did.” I could see the anger in his eyes. It was almost as if, I knew, he had ‘a right’ to be angry with her.  He went on to tell me that ‘what she did in a moment had a lifetime of consequences’. They’d now been divorced for years.

We continued to talk . . . He longed for a woman. He felt alone. This season was — hard.

Yet, the more we sat there, the more something in me said — he still loves ‘her’. He deeply loves her.

I asked him, “Could you ever forgive her?”

He said, “For that?  I still believe in God, but I can NOT forgive her.”

He seemed furious. Even so, I encouraged him to forgive. I covered points, like:

Oh friends, you all don’t know how badly I wanted him to forgive her. . . .Somehow, I imagined that they might even be able to get back together. Somehow, I knew what he wanted was on the other side of saying, “I forgive her. God help me to let this go.”

But, he looked at me flatly and said, “I just can’t. I just am not ready.”

While I respected His desire, I felt like sinking down into my seat. . . If only he knew. . .

He could be free of his anger. He could move on. He could begin to have deeper relationships. He could. . . At the same time, God is a respecter of free-will, be it towards freedom or bondage, life or death. Sadly, this man wanted to keep his anger. Not left with many other options, I encouraged him to “think about what I had said and to accept God’s grace for the timing of forgiveness. . .”

You know, this man excused away forgiveness saying, “I don’t think about her. I pretend it is not there.”

That doesn’t work. There are many things that don’t work.  Only forgiveness frees us. The rest of it puts us in greater bondage.

Friend — big or small, years ago or ‘it just happened’, forgotten about or not — please — let it go to Jesus, now. You will be better for it.

Prayer: God, I have feelings about what this person has done to me. They have (insert their injury here). . . I do feel upset, hurt or (insert your feelings here). However, God, I don’t want to live my life being enslaved to judging, critiquing, retaliating or injuring them. I want You to fight this battle. You are the ultimate Justice-Bringer and Healer. With this, I release them from my heart. I let them go to you. I forgive (insert name) and I ask you to bless them. Please pour out the grace they and I so desperately need right now. Thank you that as forgiveness goes forth, new vision comes in. Help me to see more of you, God?

You are invited to the Inlinkz link party!