Living From A New Identity 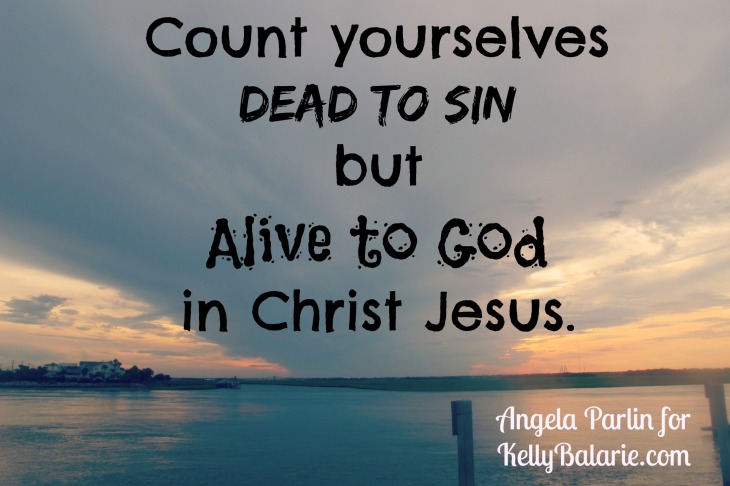 As a preschooler, I learned I had a sin problem and needed Jesus to save me from it. When I asked Him to be my rescue, I became dead to sin and alive to God. I learned the old had gone, and the new had come. But I was also encouraged to put off sin and put on Christ.

Just one little problem. How exactly do you put Christ on? That was a hard idea to wrap my head around.

Then I grew up a bit and realized–I really don’t feel so dead to sin.

So I managed my sin by trying to hide it, trying to look the way I was supposed to, or pretending it wasn’t there. Back then, there was a Sin Rating System floating around, and for the most part, my sins stayed off the really naughty list.

To be honest, sin didn’t grieve me. I didn’t think holiness was possible, for me or anyone else. And so I occasionally asked God to forgive me of “all my sins”–without owning any of them.

When I grew closer to the Lord as an adult, I started to care more about holiness. I didn’t want sin to control me, to be my master, in any way. I wanted to live in victory, and began striving for it. But that didn’t work out so well.

Victory over sin begins with belief. Not only belief in Jesus as the Resurrection and the Life. But also belief in our new identity in Christ.

Count yourselves dead to sin but alive to God in Christ Jesus.

To count yourself means to accept it as true, believe it, and act as if it were true.

Once we call out to Jesus for salvation, we are IN Christ. We identify with Him. This is our position—our status before God: dead to sin.

We have been baptized with Christ. We have died with Christ and been raised with Him to a new way of life. Sin no longer controls us. It has no power over us.

Now we can LIVE FROM a place of victory, instead of trying to attain victory.

But our position often does not match our practice. The Bible says we have been made new (positionally), but we are being made new (practically). For the rest of our lives, the way we live should grow closer and closer to our position IN Christ.

I struggled to believe my position, my new identity in Christ, because I knew what was in me. I lived out of that reality, which I could see and measure—more than I lived by faith out of my position in Christ.

Even as new creations, sin deceives us. We get entangled in it sometimes. We forget who we are, and we need to remember our identity in Christ.

IN Christ, we are dead to sin and ALIVE to God.

We are new, but we are also in the process of being made new.

So put on Christ and learn to see yourself this way. Offer yourself to God day after day, and He will enable you to live the life you were meant for.

Angela Parlin is a wife and mom to 3 rowdy boys and 1 sweet girl. In addition to spending time with friends and family, she loves to read and write, spend days at the beach, watch romantic comedies, and organize closets. But most of all, she loves Jesus and writes to call attention to the beauty of life in Christ, even when that life collaborates with chaos. Join her at www.angelaparlin.com, So Much Beauty In All This Chaos.