When You Hit A Wall and Love Breaks 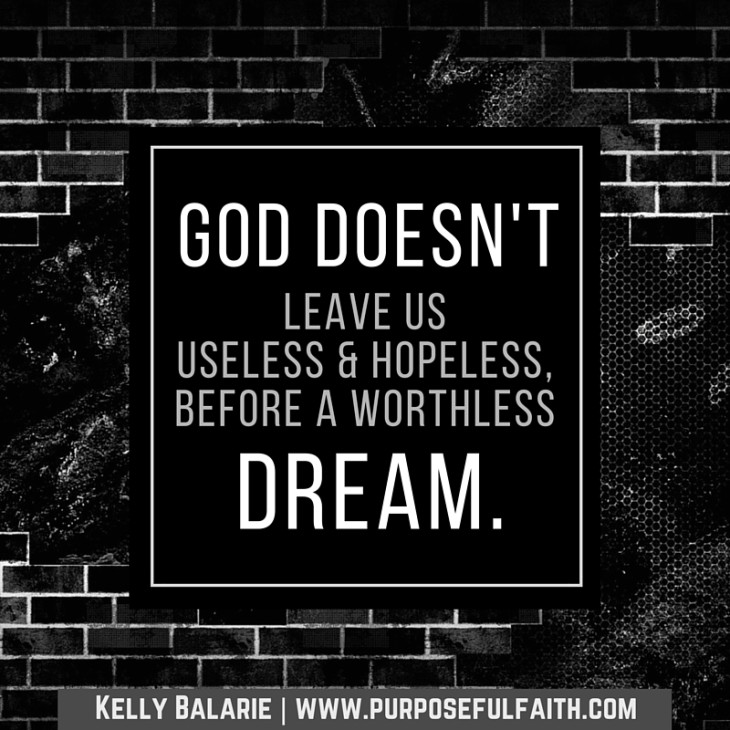 He built a tower.

The effort that he put into it was great.
The focus he had was serious.
The progress he made was tremendous.
The magnetic blocks were stacked high into a sculpture of uniqueness, creativity and awe.
Then, he placed the last block on the top, and a section of it crashed to the ground.

My son, lost of all joy, looked at his partially destroyed tower, angry, frustrated, and dejected. He leaned back, lifted his hand up and destroyed the entire creation.

How often does a portion of our well-constructed earthly tower fall, only leaving us ready to lean back and swipe away the idea that God really cares?

We construct our family.
Add in the focus of good words.
Build into saving our finances.
Add the block of doing things right for God.
Stack on prayer.
We love what we have, the way we had it and how it was – and then, it comes down.

A portion of our tower, crumbles.

Why do you allow this God?

Whey do you let the good fall?

Didn’t you see how hard I was trying for you?

Don’t you get how much this meant to me?

Yet, what if we look at what stands against us differently. What if, rather than if a wall of unscalability comes before us or a falling wall of unpredictability, we still see a land of opportunity?

What if we realized, the things that are falling, are just the preparation for our great calling?

Think about Joshua, so many years ago.

The Israelites finally pushed through wandering and doubting
to make it to the so-called “Promised Land.”

They spent 40-years pushing on to make it to this place of “milk and honey.”

They built a mission that was ready to celebrate the victory,
to see the beauty and to bask in what they had.

They were probably so excited, eager and hungry to see the fruits of their labor.
I bet they imagined greatness.

But, guess what they were confronted with upon arrival?
Just guess?

A wall that could almost make them want to turn back around, say “What is the use?” and return to slavery.

God, though, he doesn’t leave us useless standing hopeless
before barriers and broken dreams.

He is ready to offer a fix, to those who leave the fixing to him.

God to Joshua: “I have delivered Jericho into your hands, along with its king and its fighting men. March around the city once with all the armed men. Do this for six days. Have seven priests carry trumpets of rams’ horns in front of the ark. On the seventh day, march around the city seven times, with the priests blowing the trumpets. When you hear them sound a long blast on the trumpets, have the whole army give a loud shout; then the wall of the city will collapse and the army will go up, everyone straight in.” Josh. 6:2-5

We may look like marching idiots in the process of his whispered plan,
and we may feel like we are simply standing in front of defeat,
but if we follow through, whether on earth or in heaven, God will win our behalf.

By faith the walls of Jericho fell, after the army had marched around them for seven days. Heb. 11:30

Let us not look at gigantic barricades or the fallen towers of our life in defeat, for what God is building will be reconstructed a million times better than what our small hands could do on our own.

Where is God calling you to keep the faith? March on, dear friend.

For he is building something the best way, not our way.
He is building character that lasts, not falls.
He is creating spirits that can go the length, and not tumble at every tumbling.
He is giving wisdom that lasts beyond our confronted problem, not evaporating.
He is working progress into the areas of our defeat, so that he is the victor, not us.

And then, joy is ours, because what we see at the end, much like my son, is that what was rebuilt with God’s help, is the best thing we really could have asked for. My son? He jumped up and down. He cheered. He loved his new creation. He celebrated, much like the Israelites probably did when they had their breakthrough.

God has good stored up for you.

Until then, let’s just believe – and keep marching wildly on.

***Don’t miss my post today on Sacred Ground Sticky Floors! This is a site, I just love! Today I talk about the one thing I wish people would stop saying to me. It really gets to me. I hope you enjoy it.