Change The Face of Your Problems 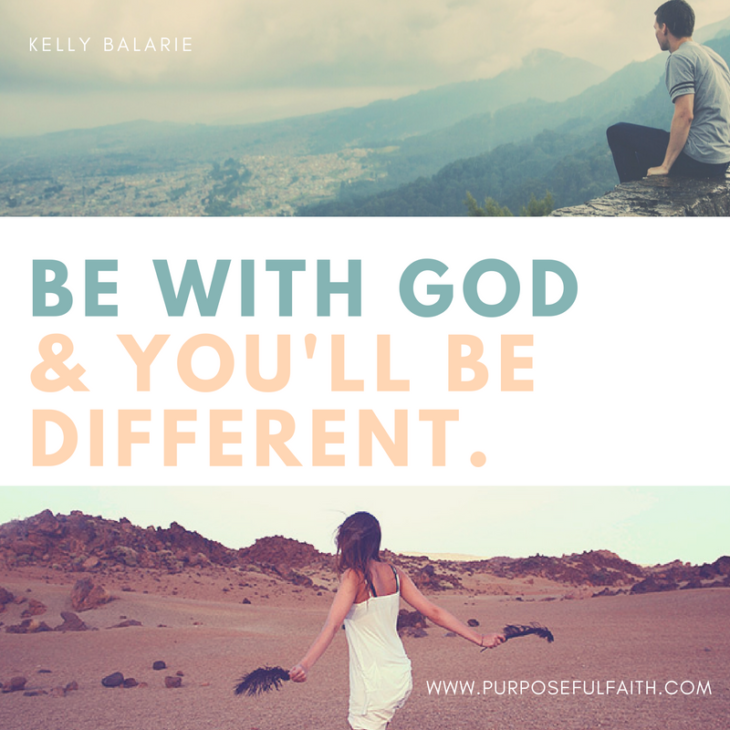 My face. It must speak a thousand words. Words like, my day was bad, I no longer feel like a good mom, I am dead-tired and ready to pass out.

I need not say a word, my husband simply looks at me for a picture of my previous 9-hours. I guess, if I look down, it was not a good day. If I tighten my lips, it was a horrible day. If I run up to him with a smile, it was a fantastic day.

I think our face tells more about us than we know. Two days ago, I looked into a girlfriend’s eyes. She was smiling on the outside, yet her eyes were droopy sad. I could tell something was wrong.  Some days, when wait at a stop light, I stare out my window at the cars turning in front of me. They don’t realize it, but almost everyone is frowning. I guess the majority people’s days aren’t going so well.  Sad. I do like the look my son gives his sister – its an under-cover smile. I think he’s proud of her.

What look do you convey?

I want my insides to project an outward love of Christ.
I want what God is doing in me to outshine through me.

I wonder if it does?

Just recently, I read about Moses. He and God were tight: “The Lord used to speak to Moses face to face, as a man speaks to his best friend.” (Ex. 33:11)

I love those words. There is a sweet familiarity and comfort between Moses and God. It feels easy. Unforced. Natural. To me, it sounds like an everyday, I-want-to-meet-you kind of thing. It sounds welcoming. Relaxed. Connected.

God honors this kind of approach. He brings people who meet with him like this – deeper. He shows them things. He tells Moses, “I Myself will make all my goodness pass before you and will proclaim the Lord before you…” (Ex. 33:19)

Can you all imagine seeing “all God’s goodness” pass before you?

Moses couldn’t even look at God straight on; his glory was too much to be seen in that light. But what I love is this – Even though Moses couldn’t see God’s face, Moses face was changed by God’s goodness.

“The skin of Moses’ face shone” so bright, he had to wear a veil around the Israelites.

And this really gets me thinking, you see – be with God – and you’ll be different.
Let his love shine on you – and it’ll no doubt shine upon others.
Face God and see him change your tightly clenched face into a radiant face.

I want this. I want my bad days’ soothed by God’s good love. I want my anxiety, quenched by Him who leaves none thirsty. I want He who is light, to make my countenance bright. I want what I can’t face, to go face-to-face with him who is Peace.

If like Moses, I get before God, if we get before God like this, we’ll never be the same. Those we love won’t be either. Approaching God head-on, accepting his face of love– will change the face of our life, I am convinced.

God, help us get before you. Help us to come to you when trials hit or when fears feel like they may drown us. Bring us into your light, into your peace. Shine your glory upon our face, so we may face the world with your light. Equip us and empower us according to your will. Amen.

More Reading:
When Your Good Intentions Fail
How Many Christians Live Grace All Wrong
The Care and Keeping of a Mean Girl

When It Appears God Hurt You 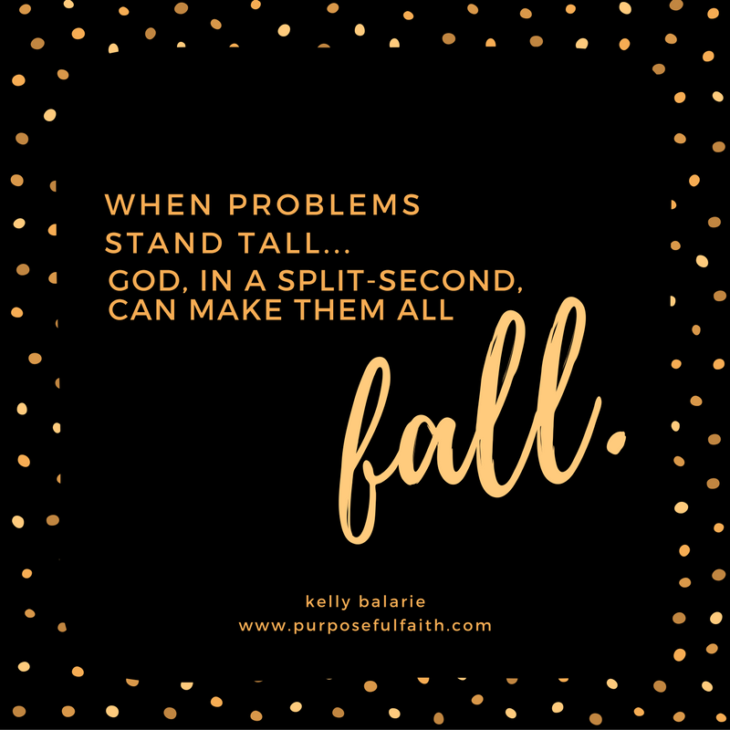 Have you ever felt like you were following through on what God called you to do? But, it seemed he was punishing you?

Paul went to Macedonia saying, “God had called us to preach the gospel (in Macedonia).” (Act 16:10)
There, he cast out a demon in a woman, saying, “In the name of Jesus Christ I command you to come out of her!” (Acts 16:18)
Only to land himself in prison when the owners of the woman realized they lost “their hope of making money.” (Acts 16:9)

If I was Paul, I might throw my hands up in the air and say, “Thanks a lot, God. You really know how to send a woman out and then let her down.”

Paul and crew were stripped, flogged, beaten and thrown in jail.

What do you do when it seems God – led you, but now he’s fled you?

It’s easy to feel angry, frustrated and indifferent in this place?

Years back, God called me to start a company. I seeking God with all my heart. I was obedient in the work, diligent in the process and hopeful in prayer, yet it didn’t happen. It tanked so badly, there were tens of thousands of dollars on the line. That was tough.

What is tough place has God called you to?

Here’s how Paul responds, within the walls of his prison: About midnight Paul and Silas were praying and singing hymns to God, and the other prisoners were listening to them. (Acts 16:25)

Imagine that? Beaten, wounded and imprisoned, yet still singing, praising and evangelizing…

This act, brings me to a place of pause: What if rather than seeing my disgrace, I believed God, for me, would about-face my situation?

And, in this I could give praise?

Did Paul believe this?

Did he know his good God would most certainly do a good thing?

Suddenly there was such a violent earthquake that the foundations of the prison were shaken. At once all the prison doors flew open, and everyone’s chains came loose. (Acts 16:26)

When we believe in God’s power, his power tools break down high walls. When we are in the center of God’s will, God works a way out for us. When we are worshipping, God is working on our behalf to open doors.

I think Paul believed in the power of God. What if we believed too?

When that person hurts us. God can shake us in love that heals.
When that dream fizzles. God will quake new dreams in us; He has a plan.
When pain surfaces: Through God all things are possible. We will wait.
When we see no way out: God will mine gold in our heart through this.
When we feel bad: Jesus’ forgiveness rattles our soul in unwarranted acceptance that feels like peace.

God will show up and when he does the power of his work – will set you free. Until, then, like Paul, “Wait for the LORD; be strong and take heart and wait for the LORD.” (Psalm 27:14)

How God is Helping You Work Problems Out 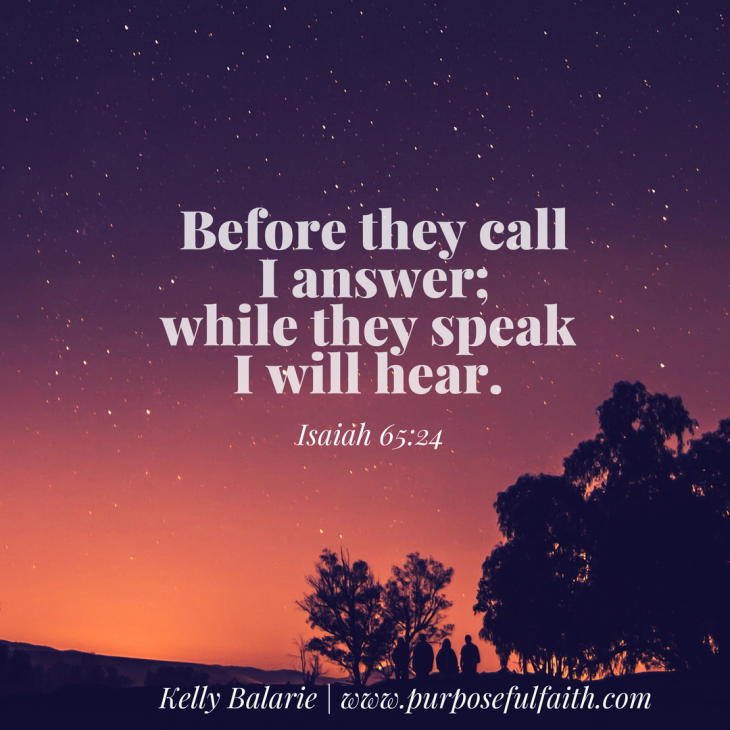 Imagine if every time you hit a hard time, you had a friend a step ahead of you. Your car broke down?  They were already waiting on-location with the jack. Your mom was in the hospital? Upon your arrival, they stood at the hospital room door with soup. Your landlord just kicked you out of your house? They beat his call by 5 minutes to invite you to stay with them.

You may think one of three things:

On all three counts, you’d be right.

Sadly, there is no person like this. But there’s a God just this way:
Before they call I will answer; while they are still speaking I will hear. Is. 65:24

God isn’t just in step with our needs, he’s one step ahead.

What we’ve been afraid to ask for, he’s hearing.

In the same way, the Spirit helps us in our weakness.
We do not know what we ought to pray for,
but the Spirit himself intercedes for us through wordless groans. Ro. 8:26

God doesn’t just hear our prayers, he preemptively steps in front of them. Like a good basketball player, he anticipates where we’re headed and beats us there. The only difference is, rather than blocking us, he gets there to lift us up. He gets there to help us score our goal. God improves our shot.

Have you been negating the love of God, the power of prayer or the worth of praise?

Maybe today is the day we do.

Thank you, God, for all you do. You do more than meets the eye. You are working for us, helping us, and freeing us. Thank you that you are leaning into our problems and calling out on behalf of our weakness. Thank you that your all-consuming power is behind us and pushing for our best outcome. Amen.