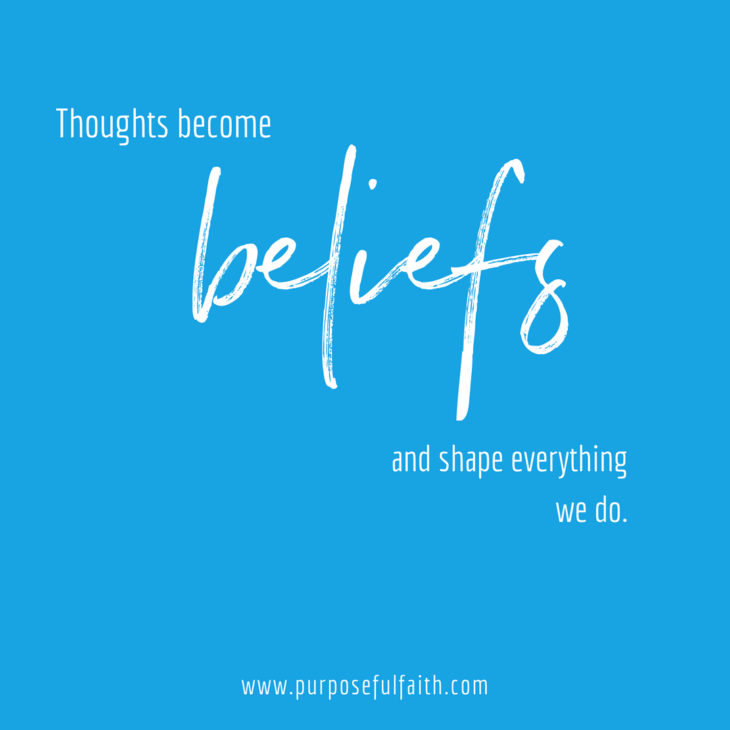 “We demolish arguments and every pretension that sets itself up against the knowledge of God, and we take captive every thought to make it obedient to Christ.” (2 Corinthians 10:5)

My teenage son recently got in trouble for a bad grade. To be clear, he’s a really good kid who struggles a bit with staying organized. Of course, as the queen of organization, I felt it was my duty to help him learn the art of a place for everything and everything in its place. I would quote things like, “Every test is a reading test,” and encourage, cajole, and mollycoddle if I’m honest. Still, the bad grade happened, and I was forced to become the mean mom who grounds her kid from important things like video games.

My son is sensitive (which I love), and he was deeply concerned about having let me down. He tried to convince me he was a bad son. Up until that moment, I had been nice about the whole thing. However, the second he assigned his struggle as a character flaw, I got mad. We had a little come-to-Jesus about it.

You see, I grew up in a highly critical environment that included a lot of peer bullying. Something inside me knew these comments were lies, but a stronger part of me reasoned they must be true because why else would people say those things? I spent years people pleasing and adjusting myself to quiet the critical voices, but the real outcome was a lot of self-loathing and frustration. It wasn’t until years later that I met Jesus and began to understand how who he says I am is different from what I had been led to believe.

I’ve had to learn how to recognize my defeating thoughts and take them captive by rewriting them. For example, “I’m too emotional,” became, “God made me sensitive and compassionate through my emotions, and he will use them to help others.” It’s taken years to develop this new habit, and there are some days when it simply doesn’t work, and I have to binge on Netflix for a few hours. Overall though, there has been a vast improvement. Now when I see or hear other people believing some lie about themselves, I feel righteous anger!

Thoughts become beliefs and beliefs shape everything we do. If we only believe the bad stuff, how will we ever become or do all God has planned for us? The bad stuff is often easier to believe; I’ll give that to you. But doing the work of choosing to believe the good, even when you don’t feel like it, leads to the rewards of grace, freedom, and a purposeful, meaningful life. I’d say it’s worth it.

Father, thank you for giving us your word to contradict the lies and critics of this world. Help us to remember we are who we believe. Strengthen our ability to take our thoughts captive and give us the courage to believe the best. In your name, Amen. 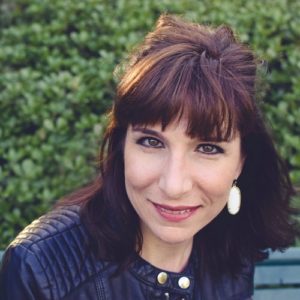 Anne is a former sleep in on Sunday’s girl who didn’t meet Jesus until way later in life. She recently quit trying to be holy, however, after spending an inordinate amount of time trying to shuck her unholy habits to fit into the Christian world. As a bullying survivor, Anne knows first hand the pressure to belong and why changing yourself doesn’t work. She now spends her time fiercely encouraging women to be badass for Jesus by being who God created them to be…themselves. She is a writer, a speaker, and a podcast host for the Declare Conference. She and her husband are raising three hysterical kiddos and are also in the process of going broke while paying for college. You can find more from Anne on her blog, GodDots.com.