Has God Forgotten Me? 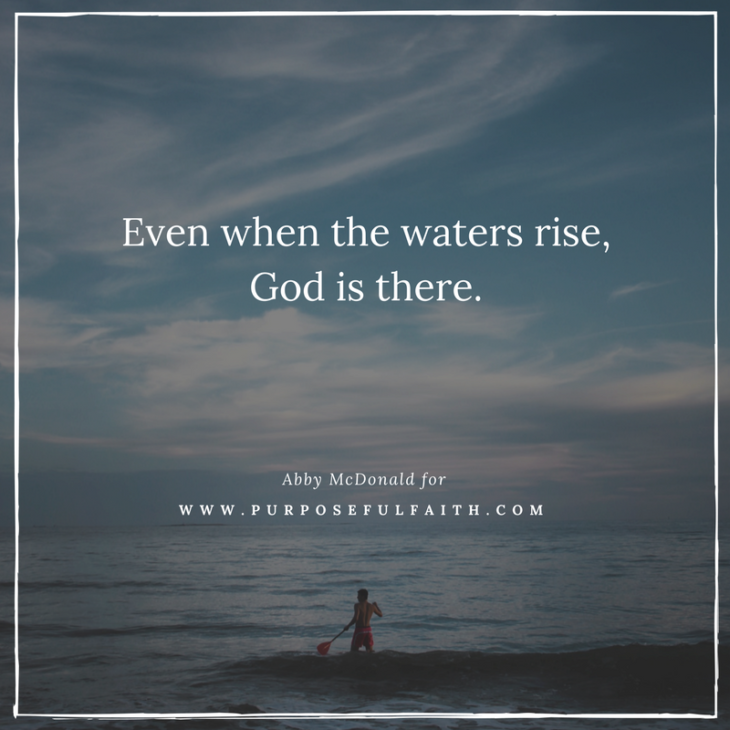 As soon as we walked in the home, a musty, mothball smell hit me. I looked around at sawdust and unfinished projects.

The place reeked of forgotten potential. It was like Fixer Upper gone bad.

While the bathrooms were redone, the floors desperately needed refinishing. The roof and deck were new, but holes gaped in the unpainted walls.

All of it spelled a big fat “no” in my mind, but my husband saw possibilities. I saw a long list of work, but he saw a future home for our family.

Less than two months later, that’s exactly what this abandoned house became. We painted, put up fixtures, and stained floors. We brought lots of love, sweat and tears.

Our family of three eventually grew to a family of five, and we’re still adding projects to a list that keeps growing. When one job is finished, there is inevitably another one waiting. But you know what? We keep pressing forward. Day by day, moment by moment.

When I think back on my first impressions of this place, I see lessons waiting to be learned. I start projects, get distracted and lose momentum. As a stay-at-home mom and writer, I face isolation and loneliness, and then let discouragement convince me to place my dreams on a shelf.

A few weeks ago, I confided in some close friends how I felt shelved and forgotten. Like an old, dusty knick-knack left next to a book you bought but never read. At one point I was brutally honest about how I was feeling and came to God with my troubles. Do you know what I found? Feelings are often liars.

There is a well-known character in scripture who may have felt forgotten by God too. His name was Noah. We read about him and see a hero and a giant in the faith. We picture a man who heard God and stepped out in obedience. And he was.

But there was a period when Noah didn’t hear from God. At least, there is no record of God speaking in him in scripture. After telling Noah to get in the ark and sending the flood, for all we know God is silent.

When I heard this story as a child, I always thought the rain came down for forty days and then the rainbow appeared, but that’s not what scripture says. In addition to the forty days of rain, the waters flooded the earth for 150 days.

That’s a long time to be tossed in stormy waters and hear nothing.

Do you think Noah felt forgotten? He had no one except his family and a bunch of wild animals as his companions. Do you think he wondered where God was?

I know I would have. But God didn’t forget Noah or his promise. Not for one second.

But God remembered Noah and all the wild animals and the livestock that were with him in the ark, and he sent a wind over the earth, and the waters receded.

Whenever scripture says “God remembered” it means he’s about to take action on his promises. In other words, he didn’t forget or take a vacation. He’s true to his word.

God can use seasons when we feel forgotten to help us remember the Author and Finisher of our faith.

To help us remember our faith isn’t in results or happy outcomes or lack of struggles. Our faith is in a living, breathing person who will complete the work he began.

It isn’t up to us to do it on our own. And aren’t you glad? Our job is to take the next God-ordained step. And then the next one after that.

Even when the waters rise, he is there. He goes with us. And when the sun comes out and the flood recedes, he’ll be there to show us the way home. 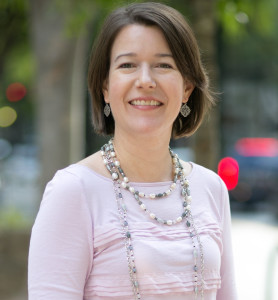 Abby McDonald is the mom of three, a wife and writer whose hope is show readers their identity is found in Christ alone, not the noise of the world. When she’s not chasing their two boys or cuddling their newest sweet girl, you can find her drinking copious amounts of coffee while writing about her adventures on her blog. Abby would love to connect with you on her blog and her growing Facebook community.