Are You Experiencing A Dry Season? 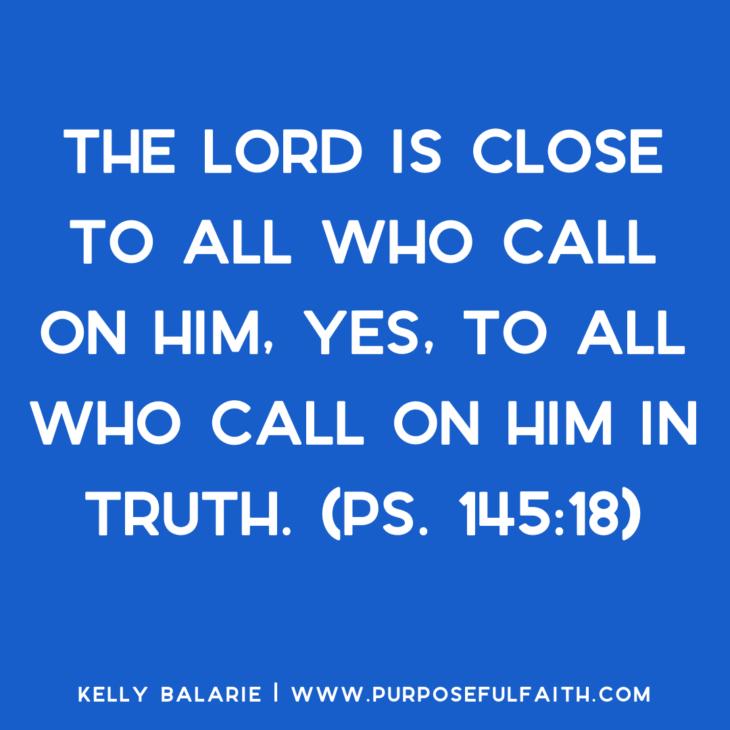 Are you going through a dry season?

Maybe you are waiting for God’s help with your health, with your children, with your work situation or within your household. . . Maybe you’ve been calling out to God for years. . .  Like an arrow to your heart today, I hope to send you one simple message: don’t lose hope.

God cares for you.

Casting all your anxieties on him, because he cares for you. (1 Pet 5:7)

God knows exactly what you are facing.

God is near and hears.

God looks to strengthen those with a heart for Him.

For the eyes of the Lord run to and fro throughout the whole earth, to give strong support to those whose heart is blameless toward him.  (2 Chron. 16:9)

But if God so clothes the grass of the field, which today is alive and tomorrow is thrown into the oven, will he not much more clothe you, O you of little faith? (Mt. 6:30)

God will sustain you through whatever you face.

Cast your burden on the Lord, and he will sustain you; he will never permit the righteous to be moved. (Ps. 55:2)

Worry accomplishes nothing; faith trusts God for everything. And sees heavenly results.

“By faith the people passed through the Red Sea…By faith the walls of Jericho fell, after the army had marched around them for seven days. By faith the prostitute Rahab, because she welcomed the spies, was not killed with those who were disobedient. And what more shall I say? I do not have time to tell about Gideon, Barak, Samson and Jephthah, about David and Samuel and the prophets, who through faith conquered kingdoms, administered justice, and gained what was promised; who shut the mouths of lions, quenched the fury of the flames, and escaped the edge of the sword; whose weakness was turned to strength; and who became powerful in battle and routed foreign armies.” (Heb. 11:29-34)

Believe, even when you cannot see. Trust, even if you don’t have the way.

I know how hard it can be when it feels the world is falling on you or when you don’t know what to do, but if I’ve learned one thing, it is this: In the long run, God’s plan is always infinitely better than ours.

What we thought looked good, we later learn isn’t so good. What we thought we needed, would actually be our demise. The timing we demanded would have prevented us from going through a door we didn’t even know we’d need to enter.  The people that needed to be involved would be ready just a little bit later. God’s views are so high, He sees the map of all our ways, all the people involved and every outcome. He fashions things for our good and for his glory every time. We can trust Him. He is faithful, true and good.